2016 Lafite Rothschild, a legend in the making 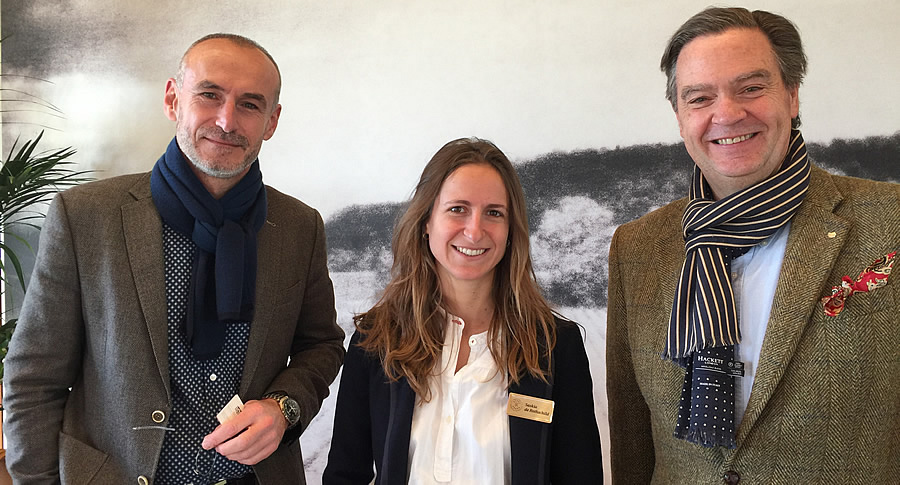 I tasted in the new tasting room at Lafite in the company of Saskia de Rothschild and Eric Kohler, Lafite Rothschild’s technical director. Eric told me that this year the taster’s glasses were empty as well as the spittoons. He meant that the samples were so good that people wanted to drink them already.
Kohler had some difficulty understanding the vintage at first: “When we don’t understand what’s happening, we have serious doubts at first. We thought we were forced to harvest and that the wines would be a bit harsh because the berries were so hard. But during the harvest we realized that everything would be OK. We thought the vintage would be in line with the 1986 for which we had to wait a long time to open up. But no, everything turned out well. We still don’t understand what happened. We probably overestimated the hydric stress and the vines produced a remarkable quality. If we would understand everything it would take part of the fun away.” Kohler concludes with a smile. 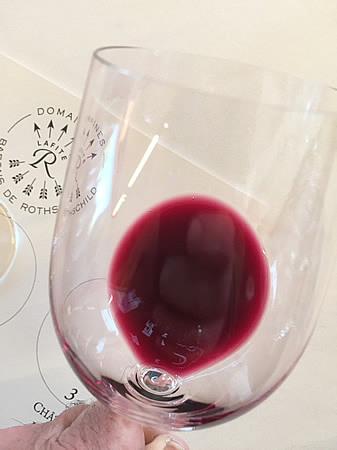 Intense deep purple red color. Much deeper than the Carruades. Not the inky extraction I have seen elsewhere. The nose is somewhat shy at first but after a few swirls the classy and complex Lafite nose expresses black fruit like cassis and black currant but also some tobacco and coffee. In the mouth there is a superb explosion of fruit followed by layers and layers of complexity. I just love the soft and elegant tannins and the near perfect balance between fruit, tannins, and acidity. How does Lafite manage to combine all this power with such elegance? An extraordinary Lafite! The wine lingers on and on. I just love the freshness and the complete absence of any vegetal notes. This wine has a finish that stays with you for minutes. I wanted to drink this wine already. One of my favorite wines of the vintage! I only gave this wine 20- because I rated the 2009 and 2010 a perfect score of 20 points!