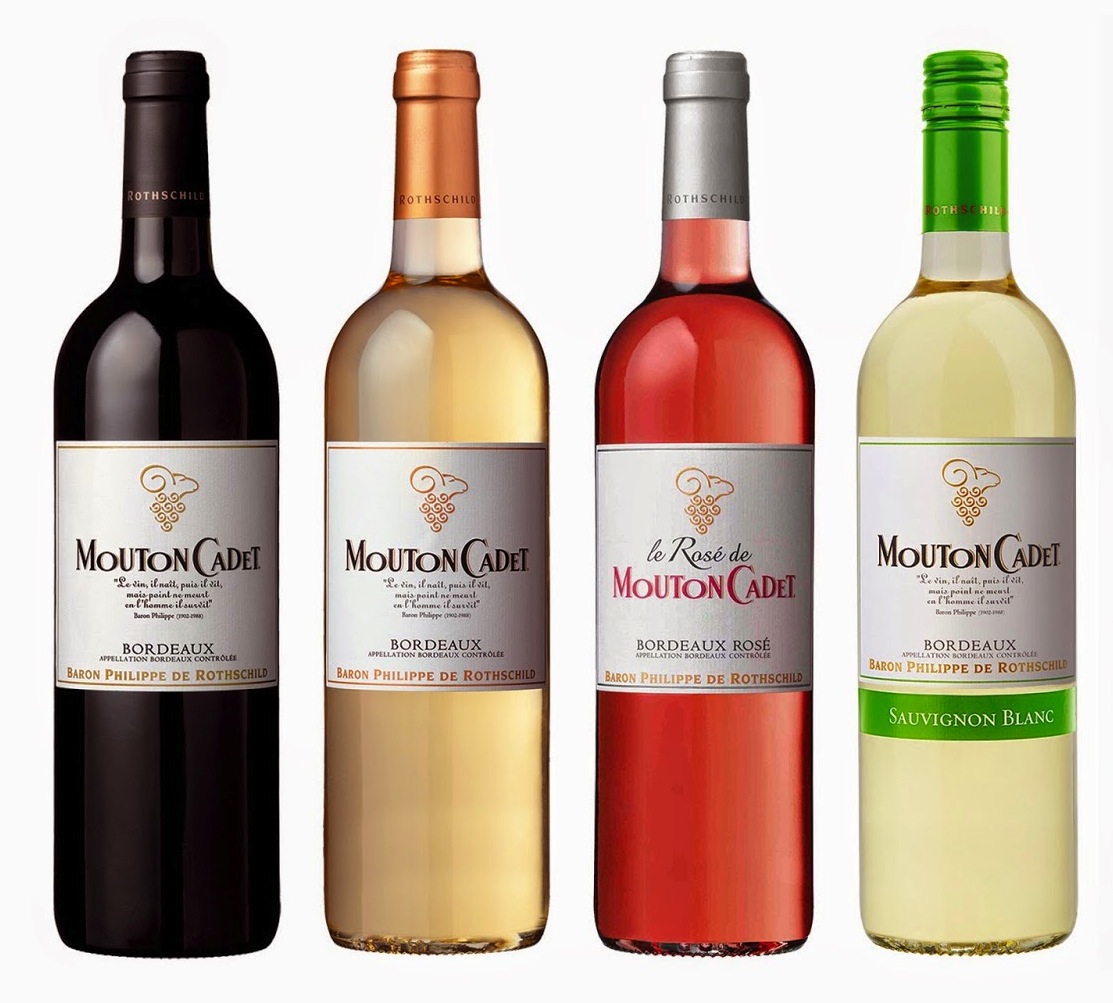 Mouton Cadet, from second wine to largest producer
The most drunk Bordeaux in the world is Mouton Cadet. Especially in Asia, many wine lovers think that this is the second wine of Mouton Rothschild, but that’s no longer the case. In the beginning of the 1930’s Mouton Cadet was what we nowadays would call a second wine: the little brother of the great Mouton (in French the Cadet is the youngest son of the family). The Mouton Cadet was so successful that the owner, Baron Philippe de Rothschild, bought grapes from other producers to meet demand. Eventually they decided to use grapes from other appellations to further increase production. That is the reason that in 1947 Mouton Cadet became Appellation Bordeaux instead of Appellation Pauillac. Nowadays, most grapes come from the Entre Deux Mers (close to chateau Coulon Laurensac) and this best-selling Bordeaux sells world wide over 15 million bottles per year.

Real Second Wine
The real second wine of Mouton, Le Petit Mouton de Mouton Rothschild has only existed since 1994. Although this wine can be called good and the quality improves every year, the second wine has yet to reach the reputation of a top wine.
Changing a reputation is not always easy and quite honestly I feel that as of the last couple of vintages Le Petit Mouton is claiming its rightful place amongst the better second wines of the First Growths. I rated Le Petit Mouton 18,5 points on 20 for the 2015 vintage. You can read my tasting notes in my Bordeaux 2016 Vintage Special (on Vintage 2015) here.